Everything we do, every thought we’ve ever had, is produced by the human brain. But exactly how it operates remains one of the biggest unsolved mysteries, and it seems the more we probe its secrets, the more surprises we find.      –Neil deGrasse Tyson

The staff is proud to present to you this year’s marching band show theme. Inspired by the ground breaking research of scientists during the last 50 years, The Beautiful Mind will explore the hemispheres of the brain. Utilizing a “contemporary” approach to marching band design, the show will inspire students and audiences alike to appreciate what makes us unique.

The music for this year’s show comes from “the beautiful mind” of composer Andrew Markworth, who has worked closely with the staff to create an excellent score of original music composed for our band. The Right Brain theme, our second movement, will feature the song Sintra, written by Grammy Award Winning band Snarky Puppy, arranged by Markworth for our show.

Visual and drill design will again be written by Aaron Cunningham, who was promoted to head director at Tates Creek HS this summer.

Our first preview performance of the season will be at the GRC/Anderson County football game on August 28th. Other performances will include:

The band will end the season by traveling to the MidStates Band Association Championships in Cincinnati on November 7th. 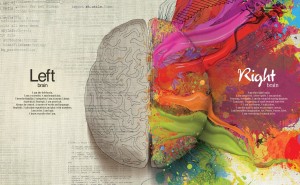